The Costa Blanca area offers great opportunities for gravel riding holidays. With a gravel bike you can connect some of the classic road circuits with the large network of tracks and trails that take more direct routres through spectacular mountain scenery. Abdet is a great base for such rides as you have access to the Sierra Serrella, Aitana and Aixorta, and also the possiblity of longer rides such as a visit Val de Ebo and the Rio Serpis.
Here are three rides you can try. These reports were written by Paul Tynan and Graham Hodgson who rode these routes in March
Please email This email address is being protected from spambots. You need JavaScript enabled to view it. for the free GPX traces to use on your garmin or gps
Col de Llam, Sanxet & Casas Aitana Circuit
60kms - 2,200 metres of ascent
A great full day out on cycle cross bikes on the highest accessible tracks in Valencia province.
On leaving  Abdet quickly on to minor roads from Benifato - undulating with enough to warm the legs up - then a beautiful descent  on excellent tarmac only marred by  seeing the ridge we had to go over getting higher and higher. It turned out to be a beautiful ascent on rough tarmac with plenty of variety.  Popped into the next valley system and then some challenging rough ascent which eventually turned into a 20 min walk to reach the col.  Slightly technical descent on some single track and then broader landrover track and finally a glide into Sella for about noon and some coffee and ice cream!  Revived we took on the 50min climb to the top of the pass  - only to find it went 200m higher  up towards the "golf ball" (radar masts in Sierra Aitana). - Good surface though and steady wind behind . Optional loop now - some tough climbing (200m), beautiful and almost to the "golf ball"  then down into a hidden valley. Relieved to have a huge fantastic swooping descent on tarmac all the way home! About  2200m ascent  6hrs + riding time for 2 middle aged but rel fit guys on cycle cross bikes. enjoy! 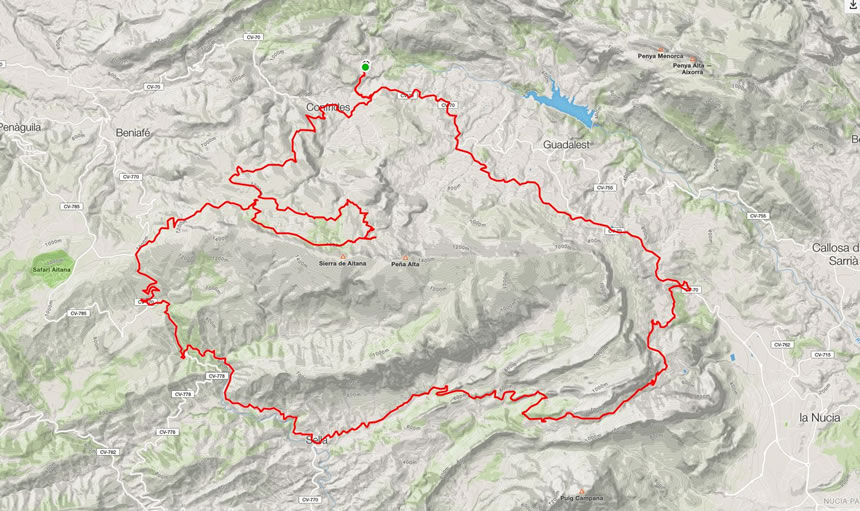 Sella Gravel Challenge - The Aitana Crossing
60Km - 2050m ascent  (7hr riding time, average heart rate 100)
Sensational views and two high mountain passes on great tracks
Cautious descent to the lake then fun trail around south side of lake off road side, now feeling there is going to be a lot of climbing. Route climbs steadily then gets marginal with some rear wheel spin as we climb under a huge rock face and eventually cut through a gap into the valley down to Sella - which is a long descent mainly on landrover track - brakes fairly hot by half way down!  Finishes on road into Sella for coffee and lunch and rehydration. Climb climb climb after lunch. initially on main road (but quiet) then on very minor tarmac and eventually finishes on rough track with need for pushing on/off for few Kms. This is a long climb! Great views from the top - feeling high!  Good descent initally on track then multiple z bends on reasonable tarmac. beer! 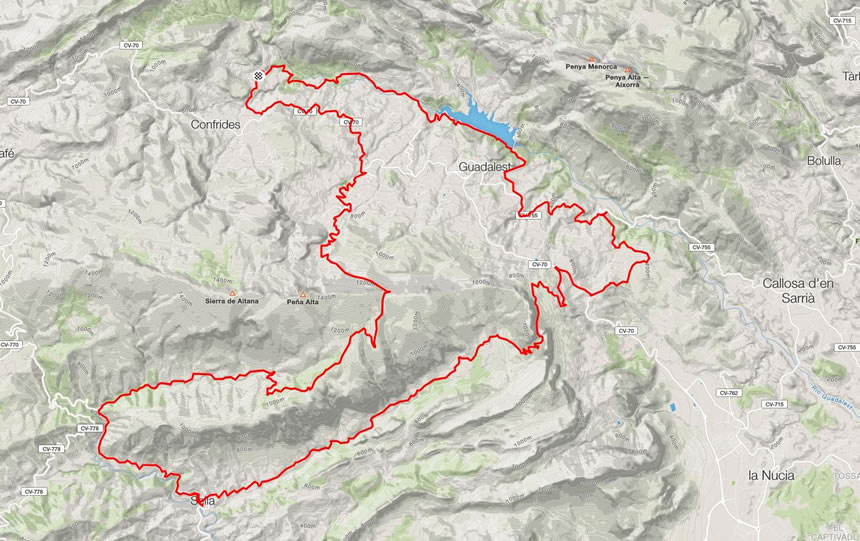 A high pass and  superb traversing before a final challenging climb to the final 10km descent
Down to the lake cautiously on tarmac. then up up up. Half of it on rough landrover track, then begining to realise that the concrete sections are there because it is steeper! Eventually reach the pass and then great high level gradual descent / traverse on track. Eventually hit the road and enjoy some smooth tarmac. undulating and great to spin it out. Recharge waterbottles at a village "font" . there's no hiding from the hills and up we go again initially on tarmac then track which becomes a real challenge  - only had to walk a few sections but plenty of thigh burn - and height.  Great views. careful navigation to spot our R turn and slot through the rock - or we will find ourselves on the top.  Great descent  - a little kick and then Abdet. nothing too technically tricky for cyclocross bikes but some hard work sections. 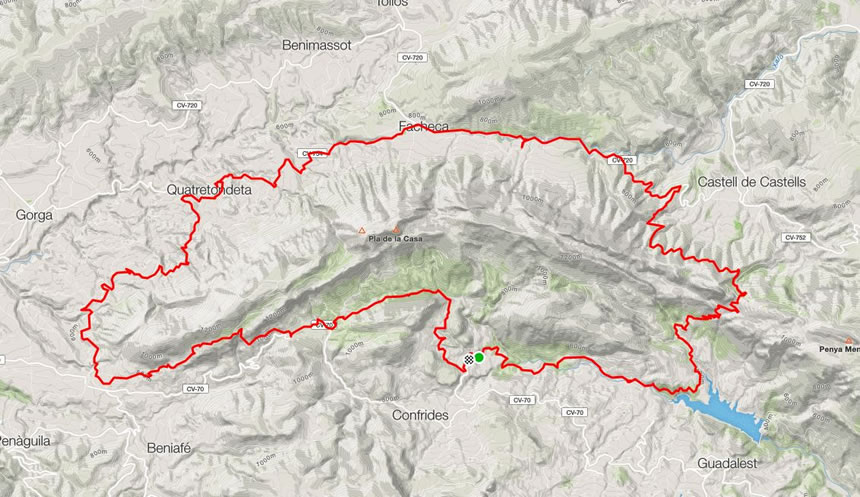