The area is rich in history from rock painting sites dating back 8000 years, to Moorish hilltop castles. In the year 715 the Moors settled hin the valley. The local villages were incorporated into the domain of Teodomiro and Tarik. In 1238 Guadalest was conquered by Jaime I but was not occupied until 1245 after he defeated all the Moors counter attacks from those living in Vall de Gallinera, Confrides, Alcala and Pego. The Moors rose up again in 1248 under the command of Alazraq but were defeated and expelled from the kingdom of Valencia. The Moors did not leave and Alazraq attempted again in 1253 but were defeated again by Jaime I and expelled from the entire kingdom. In 1275 a ruling was passed that any Moor wishing to change his place of abode must have prior permission from the Christians.

Alazraq returned from exile in 1276 and supported by the Moorish former chief of Finestrat, Abrahim, a new uprising began. This time the Moors defeat saw Alazarach killed in the battle of Alcoy by the troops of the king's son - Don Pedro.

All the Moors who had stayed after this were ordered to be expelled in 1609 by Felipe III. This led to another uprising of more than 20,000 Moors led by Mellini, a Moor from Guadalest. Mellini was defeated and most then set sail for Africa from the ports of Alicante and Dénia.

The Population in the Guadalest Valley increased greatly during the 18th Century (in fact it was overpopulated) and gradually fell away over the last 50 years. A legacy of notable interest are the snow wells or Nevaras and of course the amazing terraced hillsides.

In recent times the Civil War has disturbed the peace of the valley. The "man hole" in number 21 is witness to this.

Before an individual can begin to understand the basics of modern-day Spanish, it is important to learn a bit about its history - see our page which answers some common questions about the Spanish Language 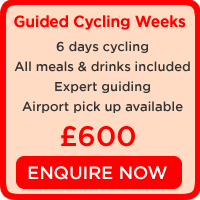