You are here: Home » Climbing » Via Ferrata and Ridge Traverses

Via Ferrata and Ridge Traverses

The view from Abdet is dominated by the Guadalest reservoir, the town of Guadalest overlooking it on it's rocky perch, and the impressive "Matterhorn" like profile of Bernia in the distance. The Bernia is actually a long limestone ridge that makes a great technical mountain traverse with some easy climbing and abseils required to make the full trip. It is a few kms long and most of the time you ae well above 1,000 metres with superb views over the valleys below and the Costa Blanca coastline. On clear days Ibiza is visible about 40 miles to the East. You will need a 50 metre rope to complete the abseils and at least a few quickdraws and nuts to protect the climbs. It's also worth taking trainers and rock boots. Access is easy via the narrow road that allows you to drive up to the small alpine like houses on the Southern flanks.

A few years ago a via ferrata (iron way) was installed on the mighty East face of the Ponoch which guards the lower end of the Guadalest Valley with its lion like profile. The photo below shows it's route and it is easy to access, This vast rockface is the location for some classic multi-pitch routes, many over 10 pitches long as well as some incredible aid routes over huge roofs. There are even some sports routes that allow bolt only ascents of the 1,500 foot rock face. The via ferrata is a fun trip, but perhaps a bit over engineered as there is so much iron on it you can virtually ascend the whole thing without touching the rock! It is steep and exposed though, so don't underestimate it! You will need a 60 metre rope to abseil down the well signposted descent route. Make sure you use proper via ferrata lanyards (not static tapes/slings) which absorb shock if you fall, although you could climb it using ropes. 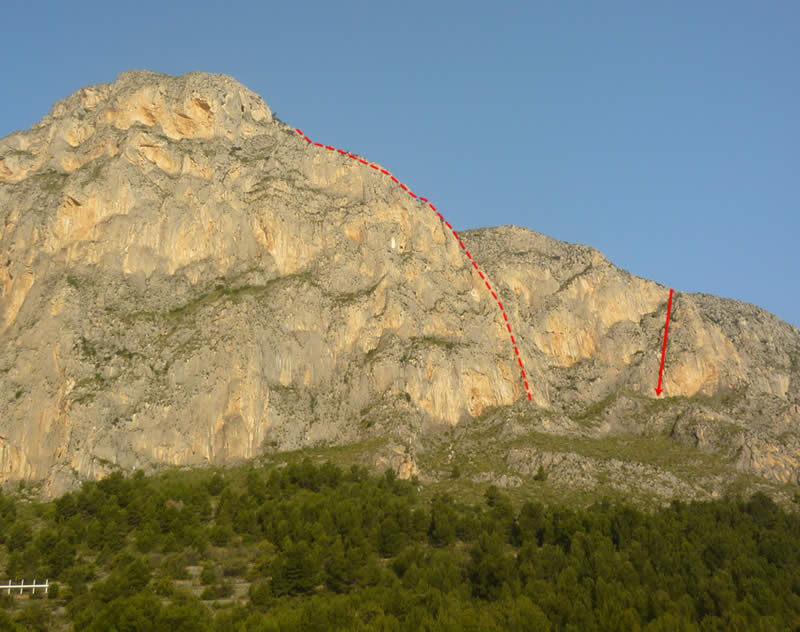 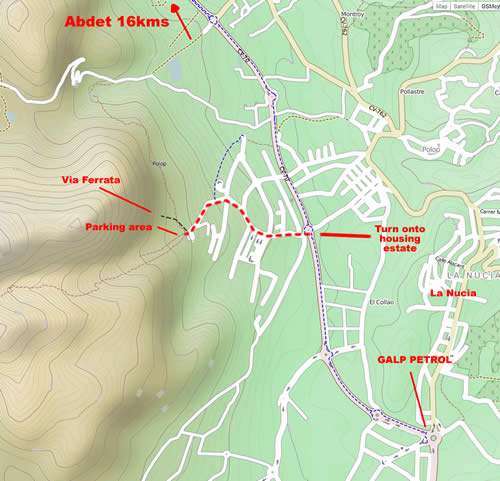 There is also a very exciting Via Ferrata on the North face of a peak called El Cid an hours drive to the south. Well worth seeking out. Or at Villena there is a fun one suitable for children with a wire bridge over a small canyon. 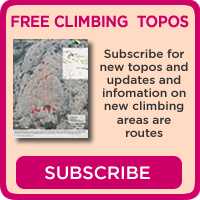